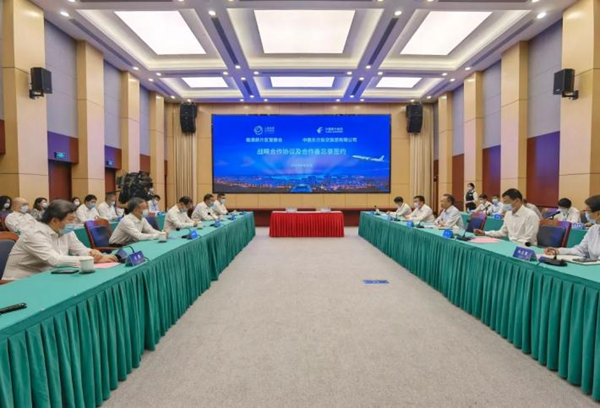 Executives from Shanghai-headquartered China Eastern Airlines Ltd and the Lin-gang Special Area – located in East China's Shanghai city – signed a strategic cooperation agreement and memorandum of understanding, or MOU, on June 29, to develop a new global civil aviation industry hub in the area.

The projects will involve an investment of over 22 billion yuan ($ 3.3 billion).

In addition, the two inked a memorandum of understanding to enhance their communications. They will work together to develop the southern part of Shanghai Pudong International Airport as an international aviation service mecca and an international air cargo hub. 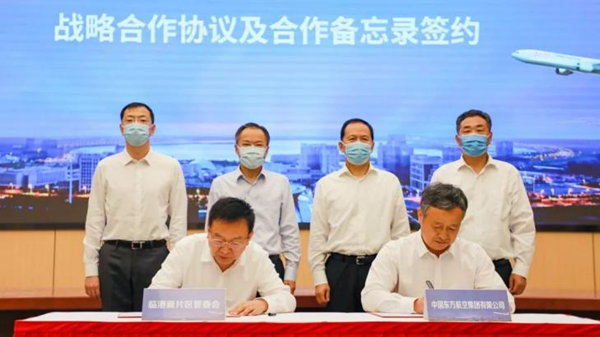 Under the regional plan, Lin-gang will continuously improve and expand its level of aviation manufacturing, aviation services, aviation logistics and other industries, as well as move to attract and help develop a group of influential enterprises.