26 industrial projects ink deals worth $13.5b in Lin-gang Special Area

Shanghai witnessed the signing of 322 major industrial projects valued at 565.8 billion yuan ($84.4 billion) on June 16, signaling a fresh vote of confidence in the megacity.

Among them, 26 projects will be established in Lin-gang Special Area, with a total investment of over 90 billion yuan ($13.5 billion).

High-profile projects include SenseTime's 4-billion-yuan investment for the second phase of an AI computing center, and the international R&D innovation center that's backed by Zhejiang Orient Gene Biotech Co Ltd. The contracts for these two projects were signed at the main venues in Hongkou district, while others were inked via video during the sub-venue in Lin-gang Special Area. 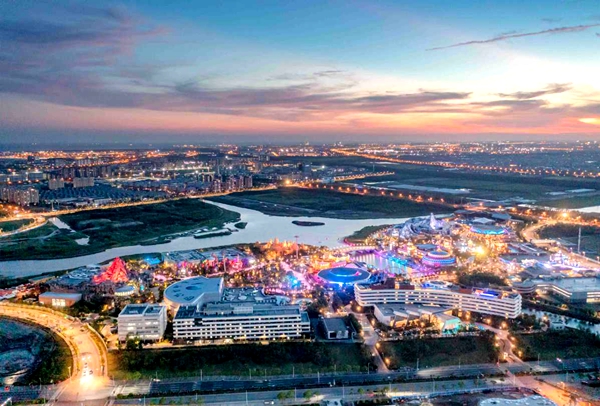