After nearly a year of upgrading, the company's equipment has all passed the approval of relevant departments, and is ready to serve high-end industries in Lin-gang, such as new energy vehicles, semiconductors, and biomedicine, which will greatly alleviate the cost and security problems of trans-regional storage.

Lingang Special Logistic Co is located in Lingang logistic park, which sits at the intersection of Yangtze River estuary and Hangzhou Bay. It has a convenient integrated transport system composed of waterways, air routes, railways, highways, inland rivers and the subway. 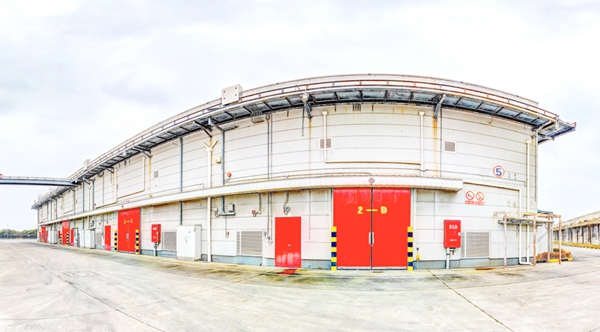 Dangerous goods encasement is now a qualification of the company. It provide functions such as being a center for dangerous chemicals distribution, shipping container export, import inspection, bonded duty outside of the area, among others, in the future. It will come with a front crane and an explosion-proof forklift, allowing it to adapt to a variety of business operations.