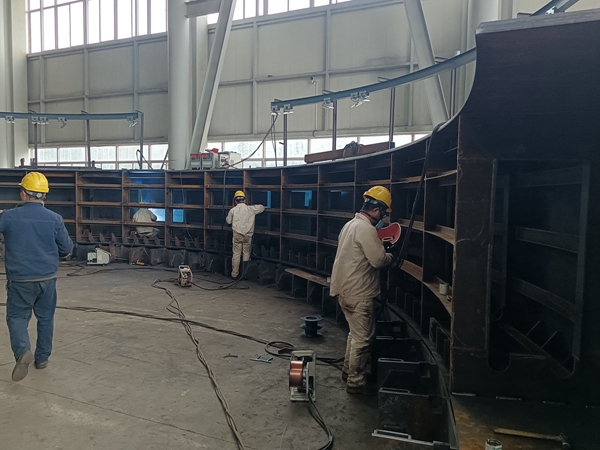 One of the two arched steel beams arrived at a factory in Lin-gang Special Area for further processing on the night of May 9, which marks the official restart of the archaeological excavation of Boat No.2 at the Yangtze River Mouth. [Photo provided to chinadaily.com.cn]

Two arched steel beams were transported from Pudong to a factory in Lin-gang Special Area for further processing on the night of May 9, which marked the official restart of the archaeological excavation of Boat No 2 at the Yangtze River Mouth.

These beams are key to the excavation of a shipwreck that dates back to the mid 19th century. The excavation officially commenced on March 2 but came to a halt following the COVID-19 outbreak in Shanghai.

The factories producing critical equipment for the excavation operation recently acquired the license to resume production due to the efforts of the municipal Commission of Economy and Information Technology, Administration for Culture and Tourism, and the Shanghai Salvation Bureau under the Ministry of Transport. 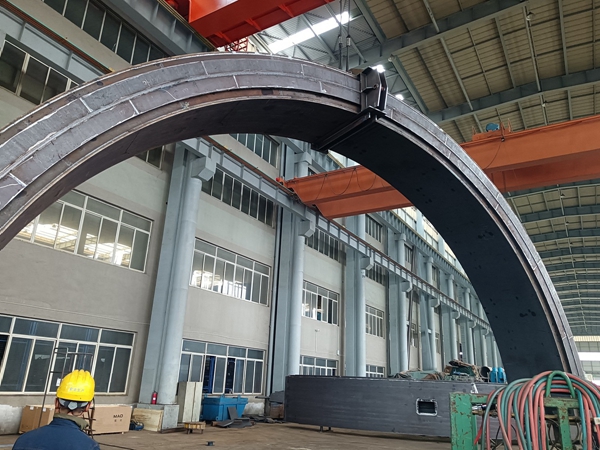 Workers get ready for further processing of the arched beams. [Photo provided to chinadaily.com.cn]

The shipwreck is recognized as the largest and best-kept underwater archaeological find in China, according to Fang Shizhong, director of Shanghai Municipal Administration for Culture and Tourism.

According to Zhou Dongrong, deputy director of Shanghai Salvation Bureau, the excavation, which is the largest underwater archaeology undertaking in China since the Boat No 1 project in the South Sea in 2007, features several new technologies, including shield-driven tunnel digging.