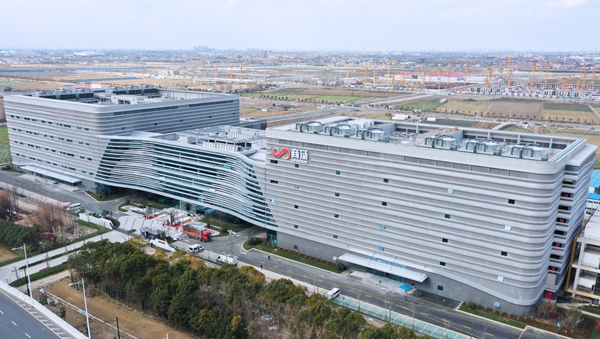 According to Xu Li, co-founder and CEO of SenseTime, with a total investment of 5.6 billion yuan ($885.37 million), the AIDC houses an AI computing infrastructure with the strongest designed peak computing power in China. It is also set to become one of the largest AIDCs in Asia.

In July 2020, construction of the AIDC began in Lin-gang Special Area. In December of the same year, the main structure of the center was capped. It only took 168 days from start to capping, setting a new record for the speed of construction in Lin-gang.

Computing power resources are the foundation of AI research and development. The AIDC is expected to carry out large-scale AI R&D and industrialization in the Yangtze River Delta region, helping Shanghai to become an AI hub.

Moreover, the AIDC adopts green and low-carbon technologies. Its power consumption is estimated to be about 10 percent lower than the average level of China's data centers saving about 45 million kilowatt hours per year.