The Lin-gang Special Area in East China's Shanghai city is expected to become an international hub for the hydrogen industry by taking the lead in building application scenarios for hydrogen-fueled vehicles and forming hydrogen industrial clusters.

The Lin-gang No 7 bus route, served by the area's first hydrogen-fueled bus, has been open to the public for just over a month.

Zhu Zhiqiang, a representative of Lin-gang's transport company, said that the range of the hydrogen-fueled bus is more than 350 kilometers on a full tank of fuel. It takes only around 18 minutes to fill up with 26.5 kilograms of hydrogen.

"Refueling with hydrogen is much faster than charging an electric bus, and the vehicle is still running well after a month," said Zhu. 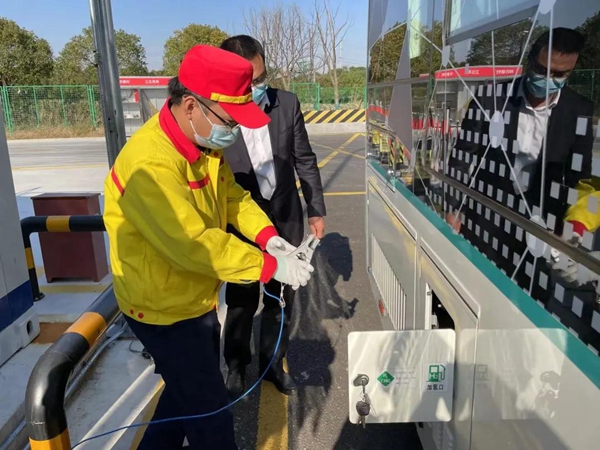 A worker fills the bus with hydrogen. [Photo/WeChat account: shlgguanweihui]

The high cost of hydrogen cells is one of the reasons why hydrogen vehicles are not used on a wider scale.

The total price of a hydrogen-fueled bus is about 2 million yuan ($314,200), with about 60 percent of the cost due to its core component – hydrogen cells.

Shanghai H-Rise New Energy, a local company engaging in hydrogen cell R&D and production in Lin-gang, has developed different hydrogen cell stacks which can be used for various type of vehicle. 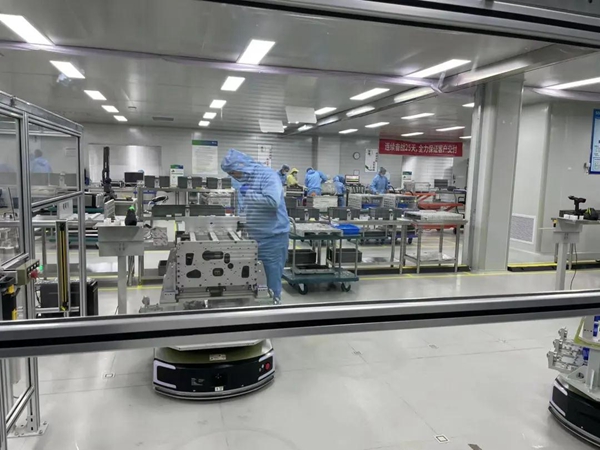 The decrease in cost comes from the technological progress made by companies and the agglomeration of the surrounding industrial chain.

In the demonstration zone for China-Japan regional development cooperation where H-Rise is based, there are more than 20 firms engaging in hydrogen cell core components R&D and production, including of bipolar plates, membrane electrodes, and hydrogen storage bottles.

Yi said that the aggregation of local upstream and downstream firms has had an obvious effect on costs and efficiency.

"In the past, we had to import the catalyst and the proton exchange membrane, but now, these parts can be made here, greatly reducing costs."

Lin-gang is to build more application scenarios for hydrogen energy

The Lin-gang Special Area Administration has released a plan and support measures for the development and application of the hydrogen industry.

In order to achieve the goal, application scenarios must first be built.

Li Xiangcong, deputy director of the Division of High-Tech Industry and Innovation of the Lin-gang Special Area Administration, said that the government will provide some incentives.

For example, hydrogen-fueled vehicles will receive priority when passing through specific areas and roads in Lin-gang Special Area, as well as cheaper tolls and parking fees. 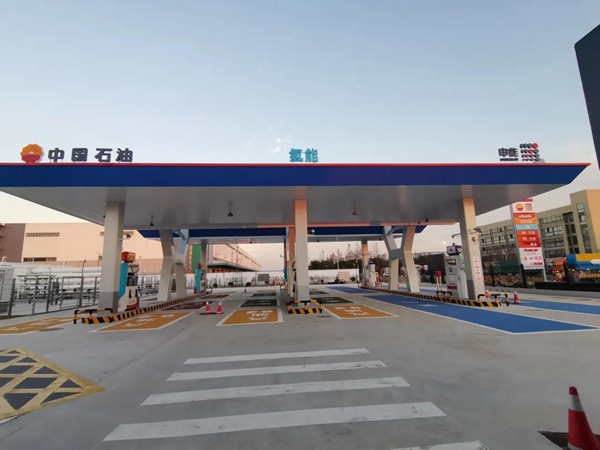 The Pingxiao Road oil-hydrogen fueling station – the first of its kind – is expected to open in December. [Photo/WeChat account: shlgguanweihui]

The price of hydrogen is more expensive than the electricity used to charge electric vehicles.

As an industrial by-product, the price of hydrogen itself is not high, and the cost is mainly from its transportation, which can be high over long distances.

Since hydrogen is legally classed as a dangerous chemical, it must be produced in chemical parks.

If hydrogen can be made at chemical parks, and production and refueling can be integrated, the intermediate transportation costs will be saved.

Lin-gang Special Area has the advantage of institutional innovation and is exploring ways to legalize the integration of hydrogen production and refueling.