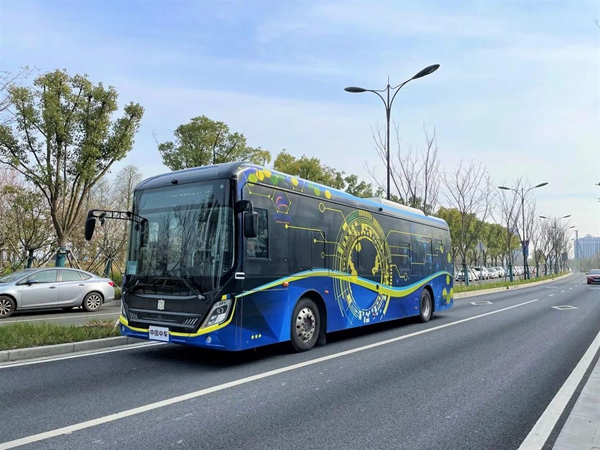 A self-driving bus is tested on the road in the Lin-gang Special Area. [Photo/WeChat account: shlgguanweihui]

Shanghai's first autonomous bus line – the Huanhu Road (No. 1) smart bus service – opened to the public in the Lin-gang Special Area of the East China's city on Aug 17.

Residents can book a ride through a WeChat mini program for the smart bus route, which is in trial operations.

The 8.5-kilometer loop line has eight stations and it takes about 30 minutes for a bus to complete the full run.

The autonomous vehicles on the route were developed by CRRC Electric Vehicle Co Ltd and can automatically respond to traffic lights, pull over and open and close their doors.