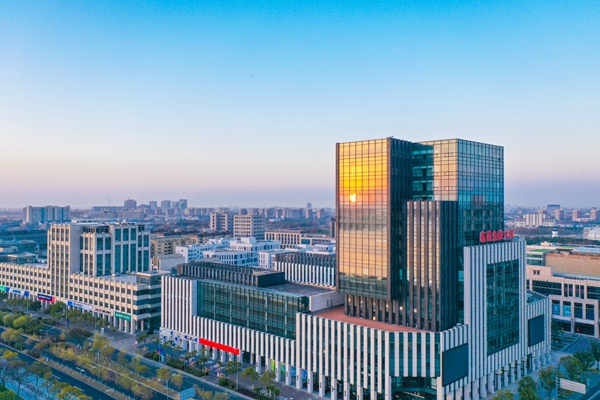 Shanghai on Wednesday released 40 new favorable policies to support the further development of the 2-year-old Lin-gang Special Area of China (Shanghai) Pilot Free Trade Zone, which is set to become a special economic zone with strong global market influence and competitiveness by 2035.

The new policies will focus on building up a more open industrial system in the Lin-gang Special Area.

More importantly, a comprehensive set of laws will be introduced in Lin-gang, the first of its kind in the Area, to lay the legal foundation for various reform and innovations in the pipeline, said Zhu.

"Lin-gang should initiate reform and carry out more experiments so that more breakthroughs and innovation results can be nurtured here," he said.

Efforts will be made to provide qualifications to Lin-gang-based companies to import crude oil, said Shen Weihua, deputy director of the Shanghai Municipal Commission of Commerce. The "white list" for imported goods, which are used in biomedicine companies' research and development activities, is expected to be further expanded, he said.

Systematic innovations make up an important part of the newly released policies. The commercial entities' registration and government management systems will be further optimized. The reform of State-owned enterprises in Lin-gang will be another highlight.

The local administrative committee will help advance their business model, which is centered on capital management, and promote a market-based remuneration system which is in line with SOE characteristics.

Hua Yuan, director of the Shanghai Municipal Development and Reform Commission, said the 40 new policies have been introduced to further support the deepened and differentiated reform currently underway in Lin-gang. Therefore, Lin-gang can serve as a new engine of Shanghai's economic growth.

In the run-up to Wednesday's announcement, a signing ceremony was held on Tuesday where representatives of 42 companies and institutions, agreed to locate their new projects in the special area. These will entail a total investment of 28 billion yuan.

With an initial area of 119.5 square kilometers, the Lin-gang Special Area was officially included in the Shanghai Free Trade Zone on Aug 20, 2019, which is the second expansion of the FTZ aimed at advancing China's higher-level opening-up.

Over the past two years, Lin-gang has attracted 765 new projects with total investment topping 447.8 billion yuan. Up to 2,200 foreign-invested companies set up operations in Lin-gang.