Cuts to red tape rolled out in Lin-gang Special Area

The Lin-gang Special Area – situated in East China's city of Shanghai – is continuing its push to streamline its administration, improve its regulations and upgrade its services.

A reform which allows the one-stop handling of business licenses and permits was issued there on June 29, in order to cut red tape for the establishment of resident firms. 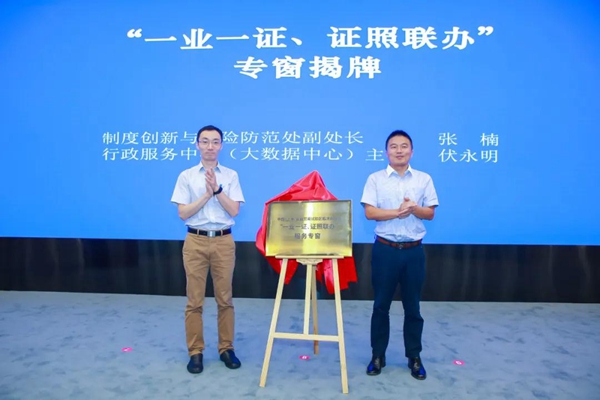 The service window for the combined handling of business licenses and permits is unveiled on June 29. [Photo/WeChat account: shlgguanweihui]

"Thanks to the reform, the process for company registrations and examinations and approvals of hazardous chemicals business permits – which in other areas might have taken more than 30 working days – was completed in a week in the Lin-gang Special Area", said Li Binhua, general manager of Shandong Port Group (Shanghai branch), who obtained the first of the certificates after the reform. 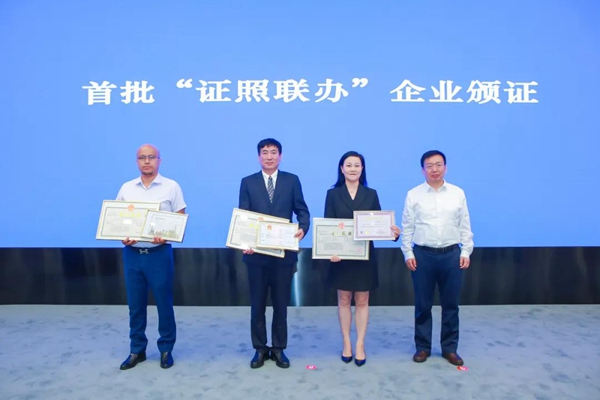 Since its establishment, Lin-gang has reportedly consistently introduced reforms that meet the needs of its businesses.

Lin-gang took the lead in the reform of commercial subject registrations in September 2020, reducing the approval time by 50 percent. With the help of intelligent approvals, the process can now take place in seconds.

As of mid-June, 11,714 new enterprises had been set up in the Lin-gang industry and city integration zone, up 65 percent from the same period in the previous year.

Moving forwards, plans are for Lin-gang to reshape the licensing process and integrate consultations, guidance, acceptances and the issuance of business licenses and permits in the one service window.