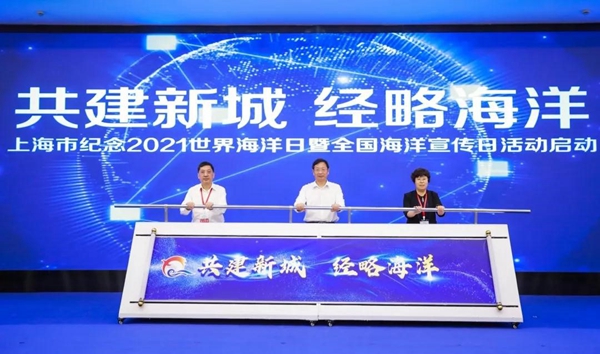 The main event of for 2021 World Oceans Day and the National Ocean Publicity Day and the Shanghai Ocean Forum is held in the Lin-gang Special Area on June 8. [Photo/WeChat account: shlgguanweihui]

The Lin-gang Special Area in East China's Shanghai city issued its new five-year plan for the ocean economy on June 8, which marked World Oceans Day in 2021 - the United Nations day for celebrating the role of the oceans in our people's everyday lives and inspiring action to protect the ocean. 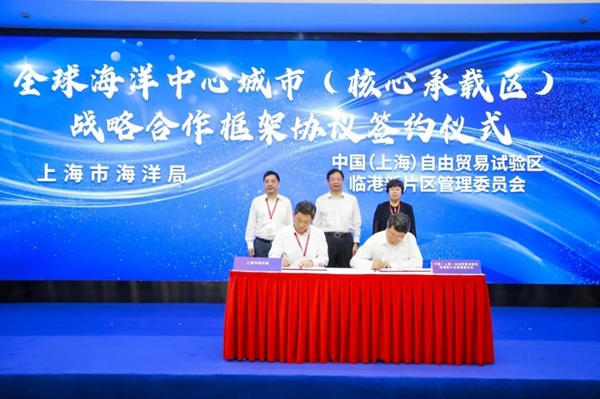 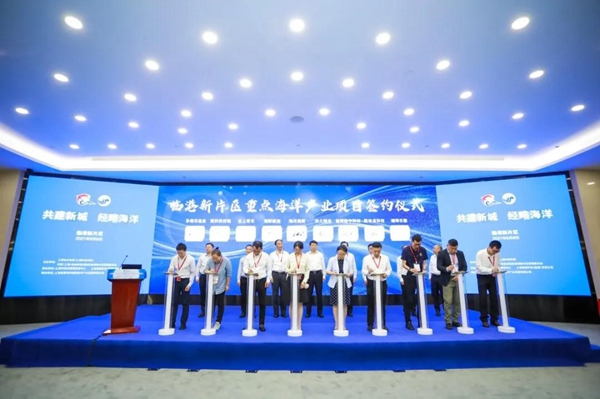 Among the city's districts and areas, Lin-gang and Changxing were the best performers.

The new area plans to promote the coordinated development of the maritime information services industry, marine science and technology education and other ocean economy industries with Lin-gang characteristics.

By 2025, the Lin-gang Special Area is projected to have formed a ocean economy ecosystem dominated by emerging strategic maritime industries and modern maritime service industries. It is expected to make major breakthroughs in key areas, such as seabed exploration and development technology, polar marine science and intelligent maritime equipment.

It will also aim to recruit top people for the local ocean economy and attract a number of high-tech enterprises and innovative business entities in the ocean economy.

Lin-gang will also actively promote international cooperation in maritime governance, bring in international organizations and institutions related to the sea, as well as promote integrated maritime development in the Yangtze River Delta.

During the 14th Five-Year Plan period, the area is aiming to prioritize improvements to the scientific and technological innovation abilities of the maritime sector and focus on increasing the intelligent manufacturing levels for marine equipment. In addition, it will actively nurture five specialist maritime sectors.

"Through the implementation of the plan, it is expected that the output value of the ocean economy in Lin-gang will reach more than 10 billion yuan per square kilometer, accounting for about 10 percent of the total maritime investment in the area every year," said Sun Xiaohe, deputy director of the division of high-tech industry and innovation of the Lin-gang Special Area Administration.