The STAR Market, officially known as the Shanghai Stock Exchange Science and Technology Innovation Board, is a Chinese science and technology focused equities market established on July 22, 2019 that has become one of Asia's most valuable stock markets.

Officials said the share flotation makes Cambricon the first publicly listed AI chip designer in China and its market value has reached 85 billion yuan ($12.1 billion), ranking it at No 7 on the tech-heavy board.

Cambricon's shares closed at 212.4 yuan on July 20, after hitting an intraday high of 295 yuan, compared with its initial public offering price of 64.39 yuan. In total, it raised 2.58 billion yuan in its Initial Public Offering.

Founded in 2016, Beijing-based Cambricon offers artificial intelligence technologies and chips. It has invested heavily to build a facility in the Lin-gang Special Area, officials said, where it is engaged in such areas as computer software, computer technology, information technology.

By 2019, the company had 680 researchers, accounting for 79 percent of its total staff.

Major tech companies including Alibaba, iFlytek and Lenovo are investors in Cambricon. 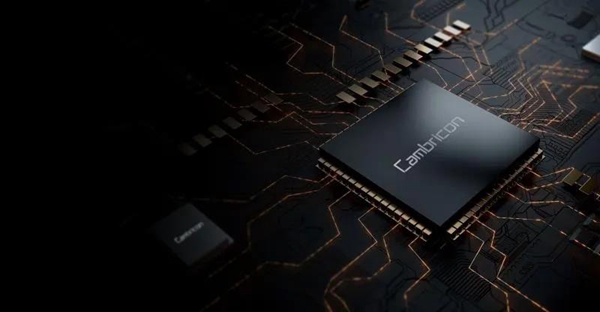