The launching of a docking ceremony for the integrated information management service platform of Lin-gang Special Area and the judicial data system of Pudong court took place on the same day. 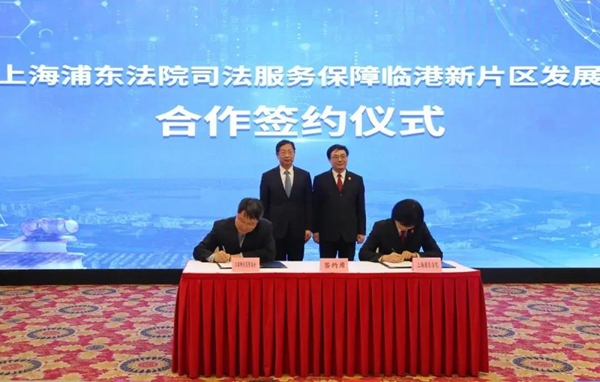