A photographic exhibition recently kicked off in the Lin-gang Special Area in Shanghai, to celebrate the coming centenary of the founding of the Communist Party of China and the second anniversary of the establishment of Lin-gang.

The organizers began collecting works for the show on March 7 and the expo will run until May 5.

Below are just some of the works. Let's have a look: 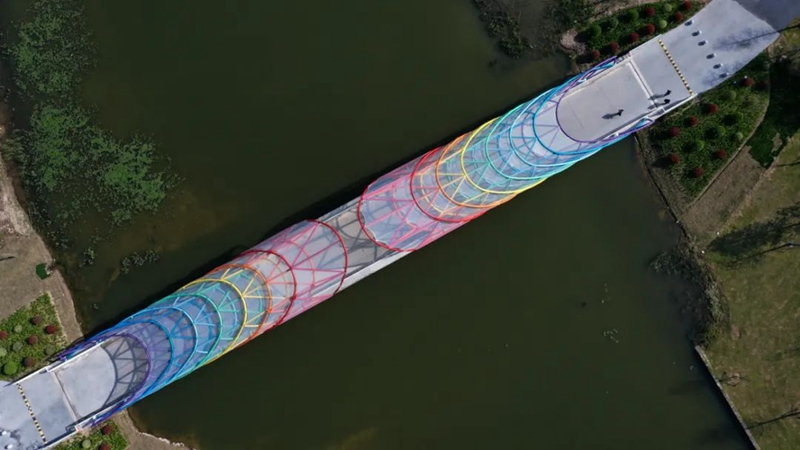 An aerial view of the rainbow bridge, located in the Lin-gang second ring urban park, which is a connection between residential and office areas, boasting both artistic flair and practical function [Photo/Zheng Xianzhang] 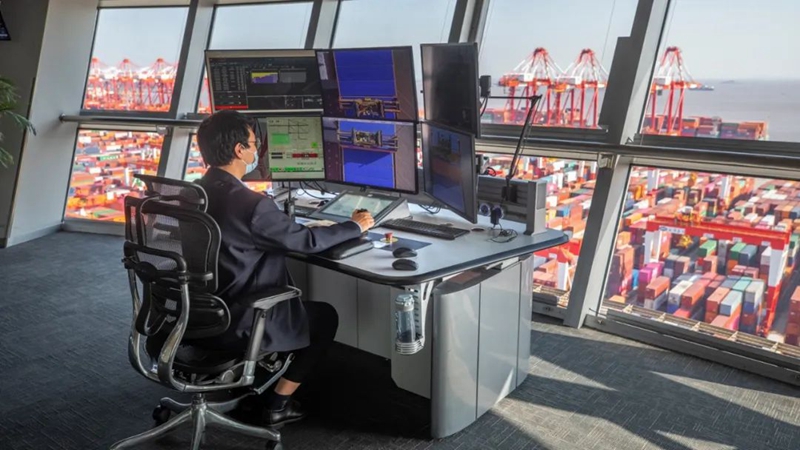 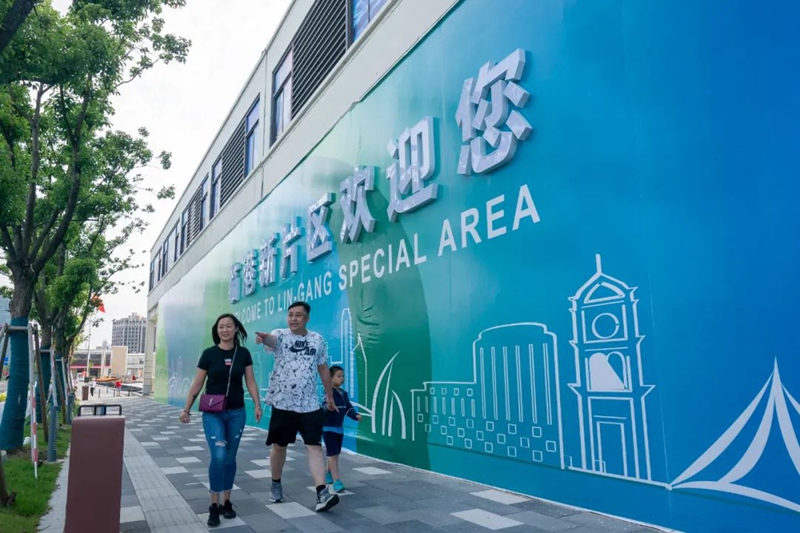 A happy family during the weekend strolls in the Lin-gang Special Area, to explore the facilities. [Photo/Meng Yuhan]

The port of Lin-gang comes aglow with a range of splendid colors as night falls. [Photo/Wu Tianming]