With its rapid accumulation of tourism resources and gradual improvement of urban functions, the Lin-gang Special Area of the China (Shanghai) Pilot Free Trade Zone has become a popular travel destination in Shanghai.

The area proved popular among tourists during the eight-day National Day holiday, being visited by more than 738,000 people from Oct 1 to 8, a year-on-year increase of 50 percent, according to statistics.

The number of visitors in a single day reached a record high of 125,000 on Oct 2, up 40 percent from the previous year. Tourists made 213,300 trips to five major attractions in Lin-gang, including Shanghai Haichang Ocean Park, China Maritime Museum, Shanghai Flower Port, Dishui Lake, and Shanghai Binhai Forest Park.

A total of 32 events were also held during the holiday, attracting more than 100,000 people. 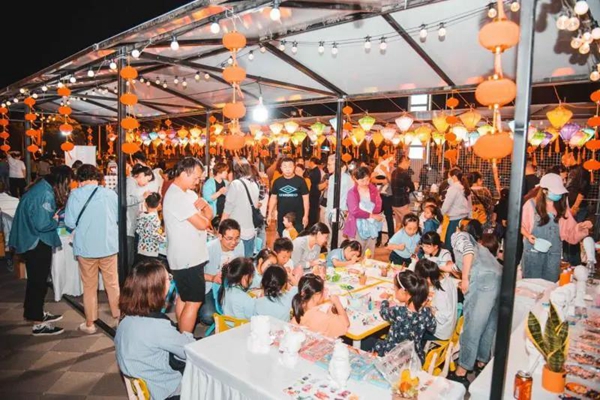 A night fair in Lin-gang Special Area is packed with tourists during the National Day holiday. [Photo/WeChat account: shlgguanweihui]