Life Science Blue Bay (Shengming Lanwan) in the Lin-gang Special Area attracted more than 30 leading life science enterprises in the first half of 2020 and received a total of eight billion yuan ($1.14 billion) in investment, according to a working meeting held on July 17.

The industrial output of the projects is expected to reach 26 billion yuan in the first phase. 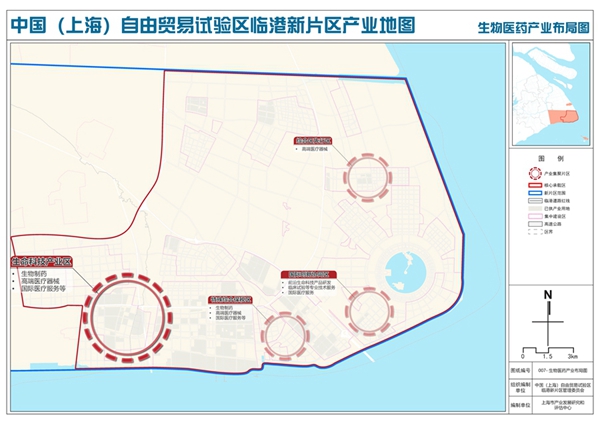 Life Science Blue Bay refers to the biomedical industry of Lin-gang, which includes the Lingang Fengxian Park, the Yangshan Special Comprehensive Bonded Area, the international innovation collaboration area, and medical equipment enterprises in the towns of Jinqiao, Wanxiang, and Shuyuan, and Zhangjiang.

The Lingang Fengxian Park has attracted $100 million in foreign capital in H1, 90 percent of which is for medicine enterprises.

There are also more than 20 key ongoing industrial projects in the zone, with a total of 20 billion yuan in investment, and a number of high-level clinical research hospitals, scientific research institutions, and other platforms are being developed in Lin-gang.

Next, Life Science Blue Bay plans to develop the second phase of its life science zone in response to market demands and upgrade its industries in an effort to create a world-class technology R&D center and develop a complete industrial chain.