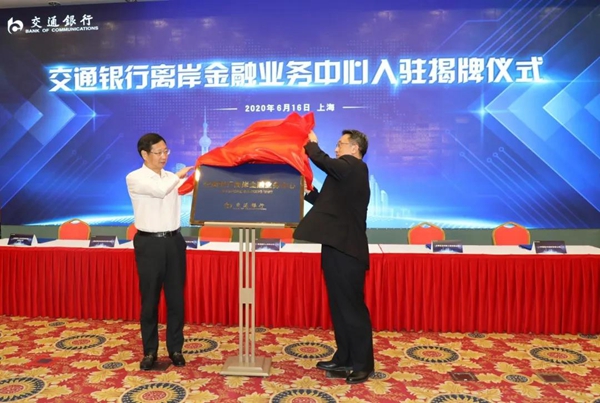 The center will focus on supporting major industrial clusters, building cross-border service chains, supporting the development of real enterprises, and promoting Lin-gang to become a center for cross-border capital flow and redeployment in the Asia Pacific region.

Liu Ganghua, CEO of the BoCom offshore financial business center, introduced the bank's cross-border financial services, saying that the location of the center in Lin-gang is conducive to further strengthening the integration of the offshore business service system and the construction of Lin-gang.

BoCom, the only central financial enterprise headquartered in Shanghai, has worked closely with the Lin-gang Special Area Administration, introducing a series of practical initiatives and innovative businesses practices since the establishment of Lin-gang Special Area.

The Shanghai branch of BoCom also signed with companies which intended to set up operations in Lin-gang on the same day. 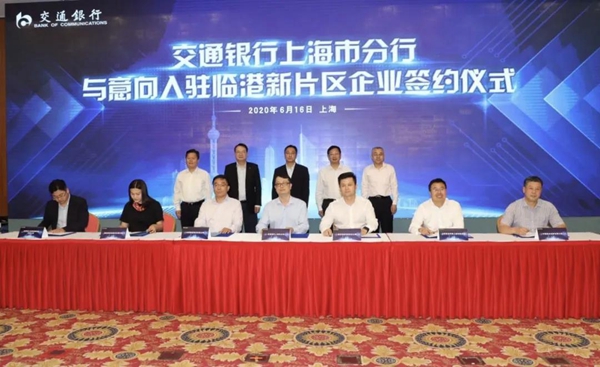 The Shanghai branch of BoCom signs with companies which intend to set up operating in Lin-gang Special Area on June 16. [Photo/WeChat account: shlgguanweihui]