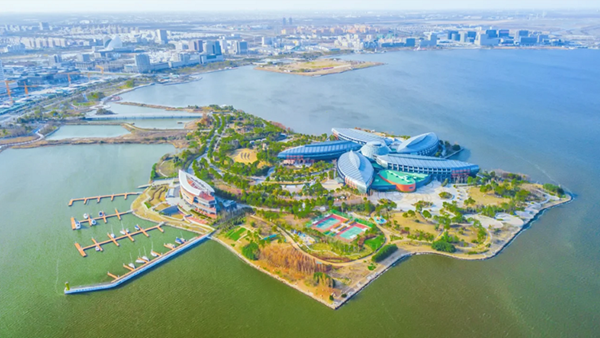 According to Zhang Xiaoyan, an official of the division of business, culture, sports, and tourism of the Lin-gang Special Area Administration, policy incentives will generally be the best in Shanghai.

Lin-gang Special Area will take advantage of its geography and explore ways to hold displays of cultural artworks and relics, auctions, and trade events for foreign-funded enterprises.

To support the film industry

The government of Lin-gang Special Area will offer a maximum of 8 million yuan ($1.1 million) to film or television productions either completed in Shanghai or with Lin-gang enterprises as primary producers if said productions win awards or their market performance meets certain standards. Productions that were filmed or had their post-production work completed in Lin-gang are also eligible for awards.

To support the entertainment industry

Venues that hold at least 200 performances per year or that hold top international or domestic performances can receive up to one million yuan in subsidies.

To support the digital cultural industry

To support the art industry

Key cultural export projects recently rated as national or municipal projects or projects actively participating in famous overseas cultural and creative exhibitions that can effectively enhance the cultural influence of Lin-gang can receive up to one million yuan in subsidies from the government.

Lin-gang Special Area will also promote cultural financial services, the listing and financing of cultural enterprises, the introduction of high-quality cultural enterprises and institutions and high-level cultural talent, the holding of large-scale cultural and tourism activities, and the development of special industrial research.

Zhang Xiaoyan added that companies can enjoy multiple types of support if they meet the multiple terms and conditions of the policy.