Shanghai: a highland for foreign investment 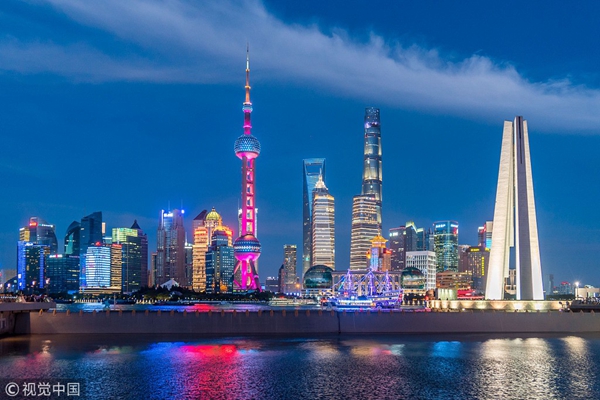 Bright colors glow on the river in this night view of the Bund in Shanghai. [Photo/VCG]

Statistics show that in the first quarter of 2020, foreign investment in Shanghai reached $4.67 billion, up 4.5 percent year-on-year. Ten new regional headquarters of multinationals and five research and development (R&D) centers were added to the city's economy.

Most of the foreign-funded projects and enterprises that have recently settled in Shanghai have attracted large investment, according to Yang Chao, deputy director of Shanghai Commission of Commerce.

He cited as examples the new complex in the Xuhui Binjiang area with $4.5 billion of investment from Jardine Matheson, the Hong Kong-based trading conglomerate; the joint venture between Nissan and Dongfeng Motor Group with investment of $800 million; and the Spanish engineering company Gestamp's $720-million investment in its new headquarters.

With the opening-up measures, the utilization of foreign capital in Shanghai has continuously improved. By the end of March, Shanghai had attracted $264.2 billion in actual foreign investment, 730 regional headquarters of multinationals and 466 R&D centers.

Additionally, the business environment in Shanghai has been continuously improved in recent years, which has enhanced the confidence and vitality of foreign investment.