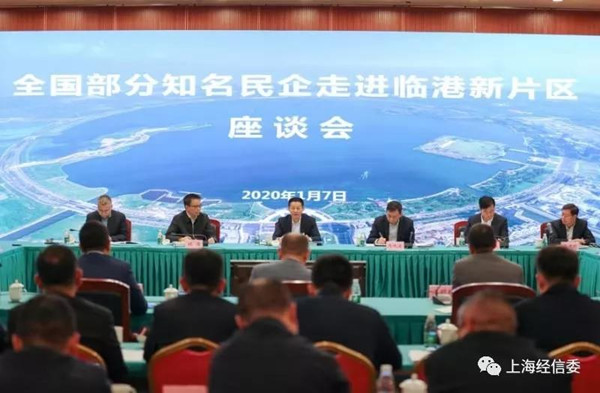 The visit came at the invitation of the Shanghai Municipal Economic and Informationization Commission.

During the meeting, officials from the Shanghai Municipal Economic and Informationization Commission briefed the attendees on the current industrial economy conditions in Shanghai. Officials from the Lin-gang Special Area then outlined the favorable policies of Lin-gang.

The representative from Thunder Software Co Ltd said that it is highly possible for China to lead the globe in the smart automobile industry over the next decade.

"Lin-gang's advantages in land and policies give it an edge to develop the smart internet of automobiles," he said. "We can consider establishing a test center in the special area."

The city is now working to develop a business climate with an international competitive edge in the hope of attracting more private firms to invest and seek opportunities there.