US electric carmaker Tesla Inc started its China-made Model Y project on Jan 7, one year after starting construction of its gigafactory in Shanghai.

The first Model 3 sedans produced by the plant were officially delivered to customers on that day.

China's first wholly foreign-owned vehicle manufacturing project, Tesla's Shanghai gigafactory signed in July 2018 and started construction on Jan 7, 2019. The first Model 3 sedans were delivered to its employees in December 2019, less than a year after the gigafactory broke ground.

He said that Tesla will be an example of how to improve the business environment, and the government will make it a model to provide enterprises in Shanghai with better quality and more efficient services.

First-phase production of the gigafactory is planned to reach 150,000. The Model Y project, with an SUV focus, will optimize and upgrade the production process of new energy vehicles and manufacture their key components. 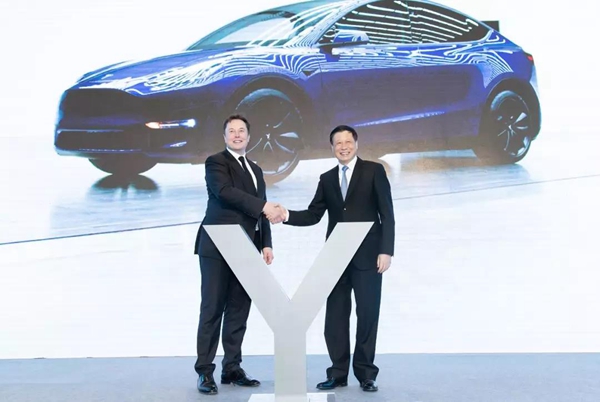