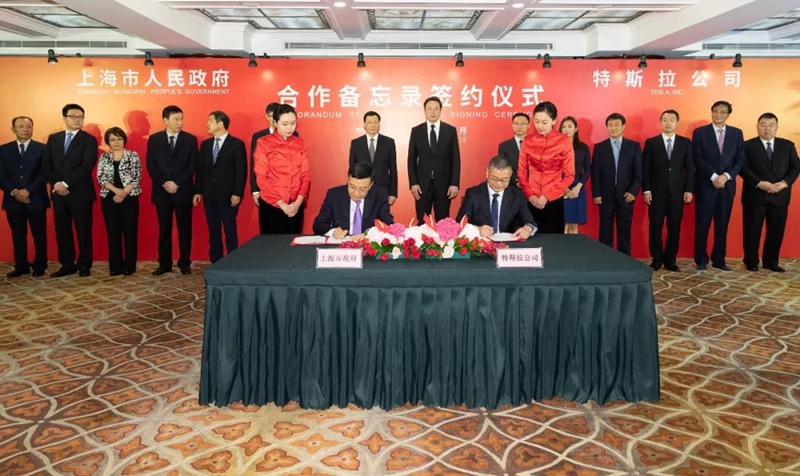 Shanghai government and Tesla Inc signed a memorandum of understanding (MOU) on deepening cooperation in technological innovation and industrial development.

The Tesla Gigafactory will integrate research and development (R&D), manufacturing, sales and other functions.

The newly unveiled Tesla (Shanghai) Electric Vehicle R&D Innovation Center is an important part of Tesla's global R&D system. It is mainly engaged in R&D and innovation of electric vehicles, and will actively promote the transformation of innovative technology achievements in electric vehicles.

Elon Musk, CEO of Tesla, said the Gigafactory in Shanghai was Tesla's first such factory outside the United States, which was also the most advanced electric vehicle factory, and that he hoped it would be a model for sustainable development.