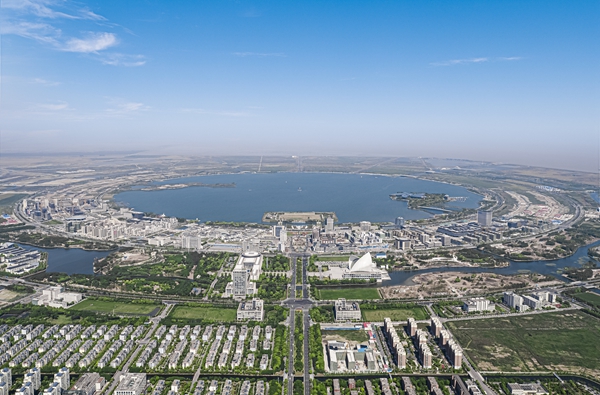 The spatial layout of the new Lin-gang Special Area of China (Shanghai) Pilot Free Trade Zone was unveiled at a promotional meeting held by the administration of Lin-gang Dec 6.

An area of 34.98 square kilometers in Lin-gang will be divided into three districts, namely 101, 103 and 105, focusing on commerce, technology and finance.

The administration said it will hold more meetings like this to introduce urban development and spatial resources in Lin-gang to investors who have intentions to develop there.

The 101 district covers 5.01 sq km and will feature modern shopping malls and public facilities for culture and tourism, just like one of the world's busiest shopping streets – Nanjing Road in Shanghai.

The much-anticipated top scientist community will be located in the 103 district which is expected to be a hub of international science and technology innovation. Covering 10.3 sq km, the district will be home to sci-tech enterprises and institutes as well as high-caliber personnel from all over the world.

The 105 district will develop modern service industries such as international trade and the digital economy by utilizing Lin-gang's advantages in cross-border finance. With an area of 19.67 sq km, the district will be home to headquarters of trade, healthcare, shipping and insurance enterprises.

The meeting saw the singing of 50 major projects in various industries with investment of 29.5 billion yuan ($4.20 billion).

With the development of Lin-gang, a series of promotional meetings will be held in the near future to roll out information about the lands, buildings and factories.