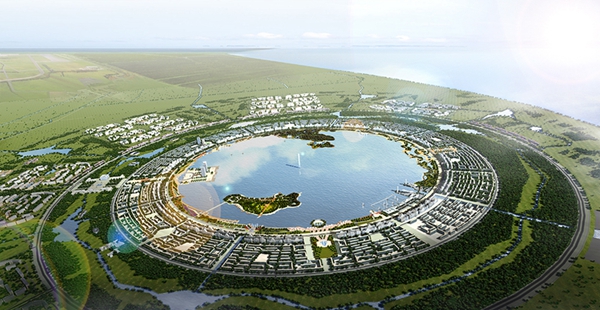 Under the principle of "overall planning and step-by-step implementation", the development of Lin-gang Special Area is to start with Nanhui New Town, Lin-gang Equipment Industrial Zone, Xiaoyangshan Island and the southern part of Shanghai Pudong International Airport.

The establishment of Lin-gang Special Area is an important strategic deployment for further opening-up made by the CPC Central Committee. It's an important measure to show China's strong commitment to all-round openness in the new era and to actively lead the healthy development of economic globalization.

The special area is in southeast Shanghai, with Pudong airport to its north and Yangshan International Port to its south. It is an important node of the Shanghai Coastal Thoroughfare. Waterways, air routes, railways, highways, inland rivers and the subway constitute a convenient integrated transport system.