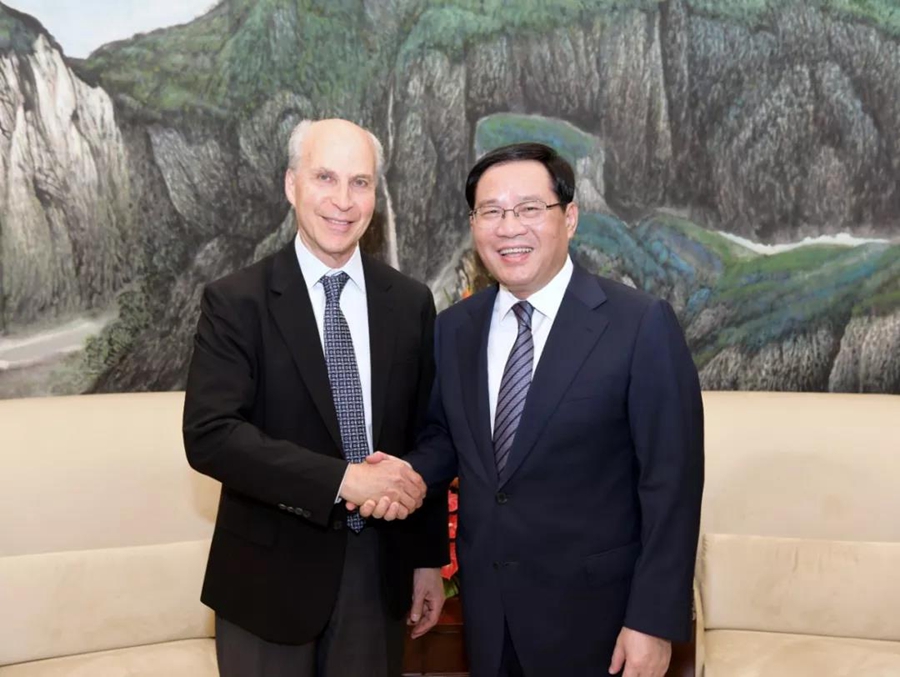 Li Qiang, Party secretary of Shanghai, recently met Roger Kornberg, the president of World Laureates Association (WLA), and expressed his gratitude to Professor Kornberg for his valuable suggestions on the development of science, technology and talents in Shanghai and for his trip to Shanghai to promote preparation of the second World Laureates Forum (WLF). Li said that Shanghai must have a global vision and an open mind for cooperation to develop science and technology, and promote scientific and technological innovation. He said Shanghai will strengthen all-round international cooperation with a more open and inclusive attitude, and promote closer integration of ideas, knowledge and research achievements of Chinese and foreign scientists with economic and social development, industrial transformation and upgrading, science popularization and education through platforms such as WLF. Shanghai will create better environment for top Chinese and foreign scientists to carry out scientific and technological innovation, Li said.

Kornberg explained the preparations for the second WLA. He said that Shanghai's determination to promote international scientific and technological exchanges and attract the world's top talents is impressive, and said he hoped to strengthen cooperation and exchanges in promoting the development of scientific undertakings and cultivating young scientists, so as to jointly turn beautiful visions into reality.